Our Sunday Worship Service is at 10:00 AM 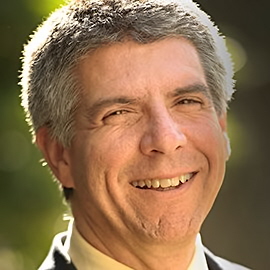 Dr. Yvan Kelly is the Pastor of Kirkwood Presbyterian. He is a Commissioned Ruling Elder (formerly called Commissioned Lay Pastor) in the Presbytery of St. Augustine and is a Professor of Economics at Flagler College in St. Augustine. He has been very active in our Presbytery, serving on many committees, been a Synod representative, and a General Assembly delegate.

He and his wife Kris were married in 1983 at First Presbyterian Church of Santa Barbara, CA.  They have a grown daughter, Allie, and two dogs Louie and Tippy. Pastor Yvan formerly served as pastor at Middleburg Presbyterian and also as a church administrator in California. He is a graduate of the University of Central Florida and holds graduate degrees from Auburn University and Northcentral University.

Yvan considers it a joy and a privilege to serve as the Pastor of Kirkwood.